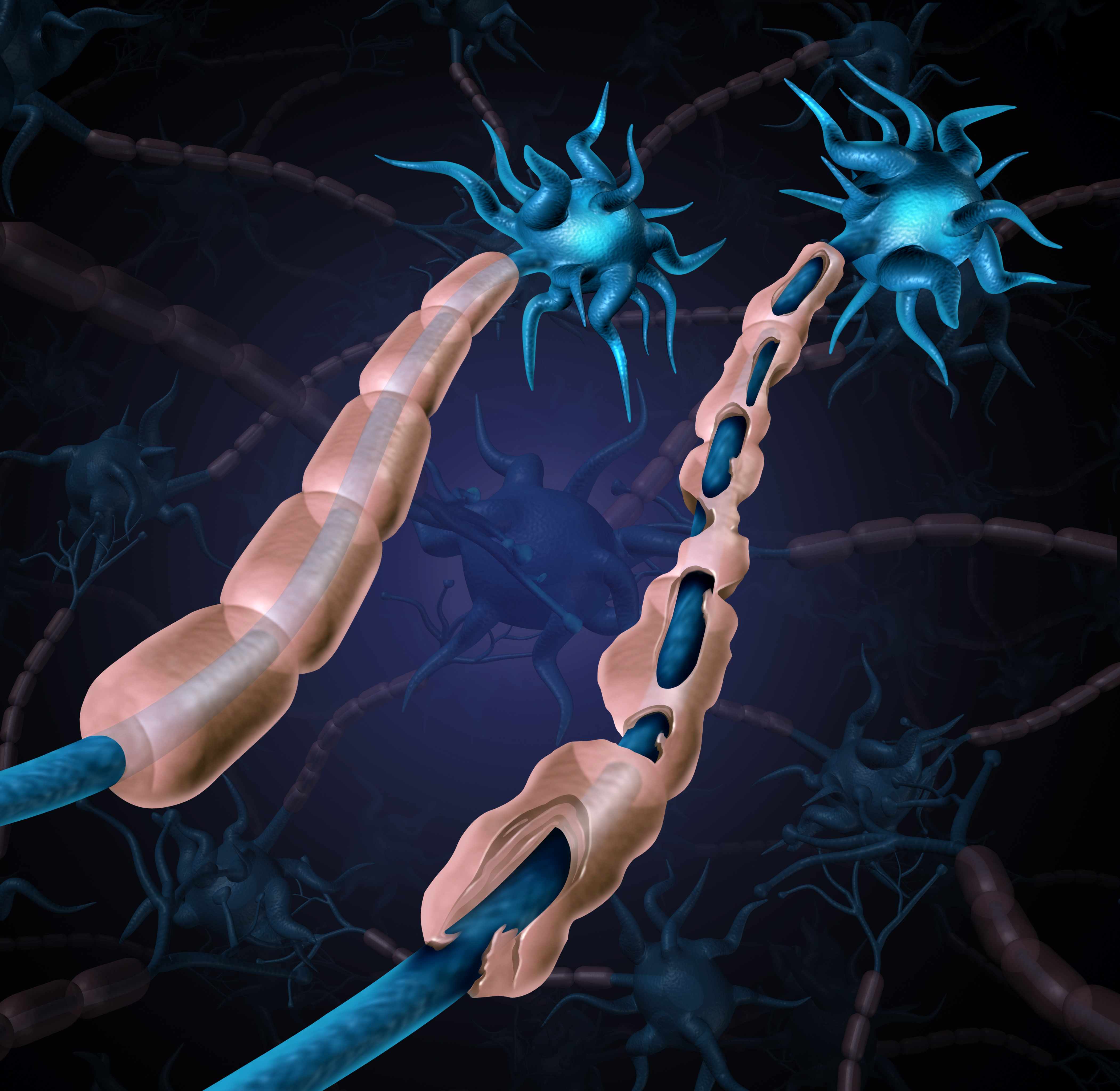 Many neurodegenerative diseases such as Multiple Sclerosis, ALS, and Rhett Syndrome involve paralysis. When developing new treatments, it is important that multiple tools be combined in preclinical studies in order to give a more complete picture of disease pathology and affective responses as a result of treatment. In this post, we will evaluate electrophysiology in a MOG-EAE study and the insight gained through measuring sensory and motor evoked potentials.

Multiple Sclerosis is an autoimmune disease that affects more than 1 million people in the US alone. It is a disease of the central nervous system that involves Inflammation, demyelination and degeneration that leads to functional loss and disability that includes paralysis and pain. Infiltration of T cells sets off an inflammatory cascade that damages myelin, nerve fibers, and oligodendrocytes. This results in both pain and paralysis.

While the cause of MS is still unknown, research continues in an effort to understand the cause of disease, the mechanisms involved, treatments for both disease and neuropathic pain as a result.

EAE models (MOG, PLP, and MBP-induced EAE) are commonly used for the preclinical evaluation of potential therapeutic treatments. The MOG-EAE model is ideal for exploring this immune-mediated mechanism of neuroinflammation and demyelination. Demyelination can be likened to a leaky garden hose. As long as the nerves are myelinated, signals are transferred from the brain to the body. But, similar to a leaky garden hose’s inability to send water to the intended destination, as demyelination occurs, very little signal is transferred contributing to functional loss. 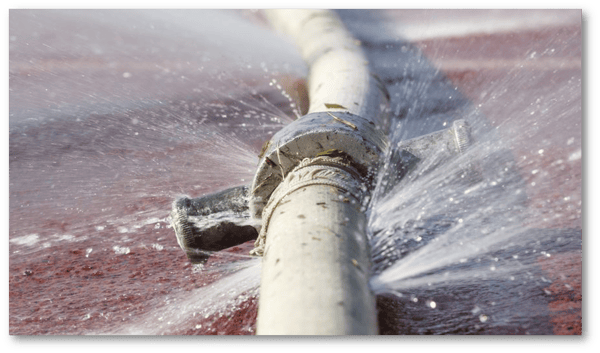 EAE is induced by myelin oligodendrocyte glycoprotein on day 0. By day 10, clinical scores begin to appear indicating changes in the motor system. Peak of disease is between day 15-18 and disease progression continues until day 40. With severe disease that is seen in the MOG-EAE model, clinical scores reach 3-4 at the peak of disease and remain stable until the end of the study unless animals are treated with a therapeutic.

Data: progression of clinical sores in the MOG-EAE model. Disease induction is on day 0 and changes in motor function present around day 10. Peak of disease is between day 15-18.

With severe disease limiting mobility and even causing paralysis, how do you effectively monitor pain in EAE animals when they are unable to withdraw from stimuli?

This is the question our scientists sought to answer through the use of electrophysiology (EP). Using electrophysiology, we monitored motor evoked potential (MEP) and sensory evoked potential (SEP) in MOG-EAE animals. When monitoring transcranial SEP, we were able to identify a P25 wave that showed a difference between naive, mild, and severe disease over the progression of the study. In mild disease (clinical score of 1-2 at day 10), the SEP amplitude nearly tripled that of the naive animals indicating the increased sensitivity in the animals.  In severe disease (clinical score of 3-4 at day 20), the SEP amplitude dropped below baseline, indicating the severe damage seen in the spinal cord resulting in very little signal transferring. This decrease in P25 amplitude continues through the remainder of the study. 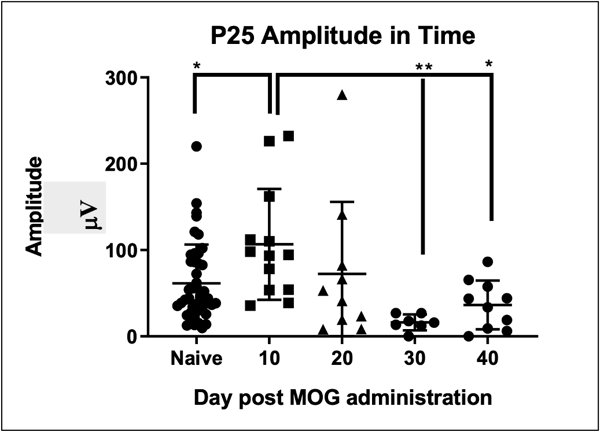 As we understand the tcSEP ability to provide information about changes in the sensory system even when the disease is too severe to see changes in the motor dysfunction by traditional clinical scoring, we wondered if there was any correlation to pain. Vocalization recordings were compared to P25 to see if there was any correlation. Data below shows 1:1 correlation. The higher the P25 amplitude, the more frequent the vocalization suggesting that SEP was in fact monitoring pain even though traditional pain measures were ineffective due to the animals inability to withdraw to pain stimuli. 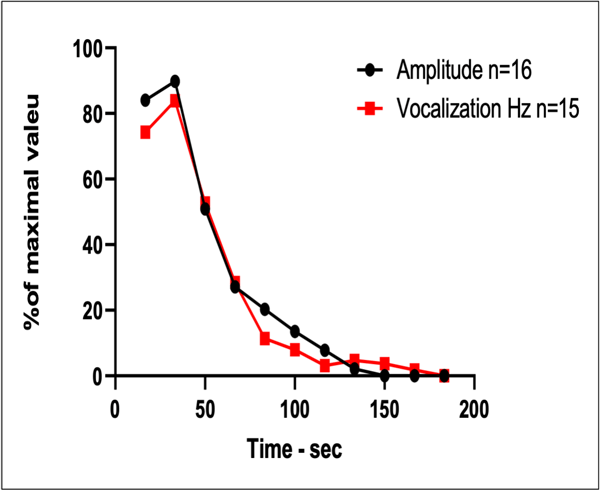 As researchers continue to study potential treatments for neurodegenerative conditions such as Multiple Sclerosis, ALS, and Rhett Syndrome, it is important that multiple tools be combined in preclinical studies in order to give a more complete picture. In this MOG-EAE study, we have seen how traditional readouts such as clinical score can be combined with electrophysiology to measure nerve regeneration, degeneration and protection in response to various treatments.

To explore adding electrophysiology to your preclinical studies, contact our scientists.

Diseases of the central nervous system are extremely debilitating, increasingly common, and...