Translating Preclinical Data to the Clinic 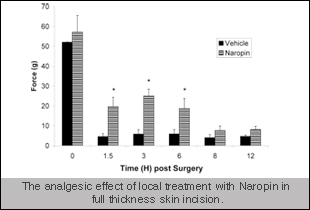 It's a question that comes up regularly, from scientists who contact us to publications to conference lectures. One of the challenges in preclinical drug discovery is how translatable is the preclinical data from animal studies to the human situation?

Just this week, an upcoming conference in pain sent out a newsletter containing an interview with the scientific director of a pharmaceutical company posing the question "What do you believe are the biggest challenges for the industry?" The response? To predict the translatability of potential new analgesics on the path from animal models to the clinics (you can access the interview here). While this interview is focused on pain, we can guarantee the same question and comment can be spread across just about any therapeutic indication.

A recent publication (1) not dedicated to any one therapeutic area also highlights clinical development success rates for investigational drugs. The analysis shows that about 1/2 of the phase III suspensions can be contributed to some measure of efficacy and points to the need for more predictive animal models among others as ways to increase success in the clinic.

Clearly animal studies are important in drug discovery and rodent models will always be the workhorse due to the relatively low cost and reproducibility, but increasing the validity of preclinical results prior to entering clincal stages in important. The need for more predictable animal models is clear. A compound that shows efficacy in the human will almost always show efficacy in the rodent, but the opposite is not necessarily true. A definitive example of efficacy-related translational failure is the substance P (SP) neurokinin-1 (NK1) antagonist MK-869 (2), which exhibited efficacy in rodents but not in the clinic. Given this lack of predictability, particularly in pain research, it is important to think what can be done to increase preclinical validity.

One of the ways in which we are working to address this is by the development of pig models that can be used cost-effectively at preclinical stages. We've talked a great deal about why we have selected the pig and there are numerous publications that also go into this as well. Some of the points are highlighted below: 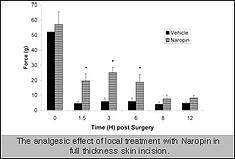 Additionally, over the years we have compiled a great deal of data on positive controls that are commonly used in the clinic for analgesics and these controls behave similar to what is seen in the clinic (an example included on the right). Similarly, we have also shown that the target mentioned above also failed in the pig model (data expected to be published in the near future) - highlighting the translational aspect of these models to the clinic. Numerous discovery groups have utilized these models for preclinical data to be included in regulatory filings.

The models that have currently been developed for use in preclinical studies are:

The 6-hydroxydopamine (6-OHDA) model of Parkinson's Disease (PD) was the first model of PD...

Why are potential pain therapies getting lost in translation?

It is estimated that 1.5 billion people worldwide suffer from Chronic pain. While research has seen...