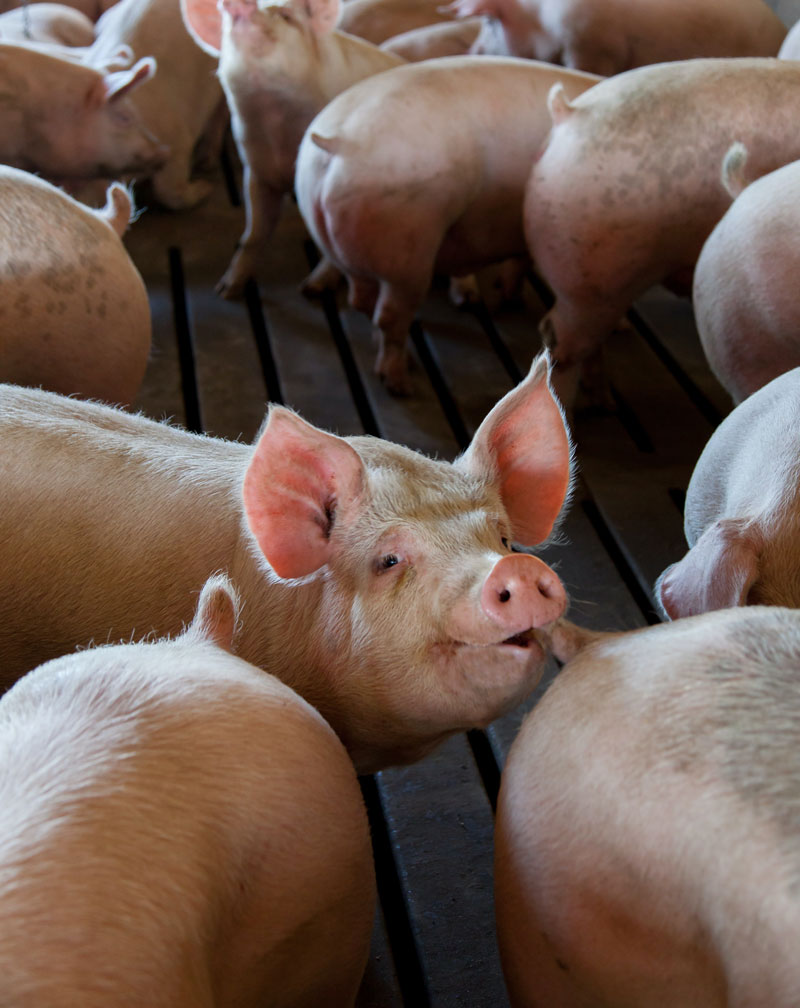 Historically, rodent models have been used for the discovery of various biological mechanisms within disease states as well as preclinical development of therapeutics. Unfortunately there are many ways that the biology of rodents fails to accurately predict the clinical conditions of humans - this is particularly the case in pain therapeutics. This can be evidenced by the estimates that as many as 80% of all drug candidates across therapeutic areas fail in the most expensive stages of development - clinical trials. While the failures can be attributed to various reasons such as insufficient efficacy, unacceptable safety profiles or PK properties. With the high cost of developing new therapeutics, there is certainly the need to validate biological and pharmacological findings in models using larger species, which can also address some of the known differences between rodents and human. The pig is one species which may provide more translatable data to the human condition, particularly in therapeutic areas such as cardiovascular, skin or wound healing conditions, metabolic and pain.

The anatomy of rodent skin is significantly different from human skin. The healing process of rodent skin occurs primarily through wound contraction rather than re-epithelization. Porcine skin on the other hand has a higher degree of homology to human skin. Both porcine and human have a thick epidermis with the pig having a ratio of dermal-epidermis comparable to human. Other similarities are wel developed rete-ridges and dermal papillary bodies and abundant subdermal adipose tissue. On a functional level, porcine and human have a similar epidermal turnover time, type of keratinous proteins and lipid composition of the stratum cornuem. There is also a considerable correlation between contractile, metabolic and morphological features in skeletal muscle of porcine. Unlike the loose skin of rodents, porcine skin is tightly attached to the muscle and subcutaneous tissue as in humans.

MD Biosciences offers a pig model for wound healing that can look at the wound healing process created by various sources (e.g. incision, burn etc). Gross pathology, histology and inflammatory scoring of the wound are all standard measures. Additional pain evaluation as well as biomarkers can also be assessed. A diabetic pig can also be used to evaluate diabetic-impaired wound healing.

Most animal models of pain are representative of the animals response to cutaneous stimuli. We have already discussed above the similarities of pig skin to human skin. A further point is the innervation of the skin. Previous studies report corresponding C-fiber classes between human and pig. Nociceptive and non-nociceptive fiber classes found in pig correlate with human fiber classes, in both distribution and axonal excitability changes. The pigs are also sensitive to mechanical and thermal stimuli. MD Biosciences offers two models of pain in the pig:

This model is based on a full-thickness skin incision that is created on the flank of the animal. If muscle involvment is required, an incision involving the muscle is also suitable. In this model, we have exhibited that incision-induced responses to Von Frey filaments before and after administration to common analgesics were comparable with responses reported previously in humans. Measurements in the model include Von Frey, behavior testing, wound scoring, inflammation scoring, histology and biomarkers. See Castel, D et a., 2013 Eur J Pain, Characterization of a porcine model of post-operative pain.

This model is based on direct injury to the sciatic nerve just as it comes out of the spinal cord. The animals display sciatic injury and show all expected behavior signs. The readouts are spontaneous pain, cold allodynia and Von Frey along with IHC assessment of the spinal cord. For those who need to treat directly to the nerve, we have also developed a method of dosing that doesn't require repeated surgical manipulation.

It is very well established that many organ systems as well as the physiological and pathophysiological responses of the pig are very similar to that of human. Similarities in the vascular system as well as the pharmacokinetics of s.c. administered compounds in gastrointestinal tract morphology, function and metabolic physiology make the pig an ideal model system for studying cardiovascular and metabolic conditions such as diabetes. It has also been shown that the porcine sciatic nerve after 6 months of sustained hyperglycemia exhibits alterations in fiber density often observed in human patients with long-term diabetes. MD Biosciences offers a model of myocardial infarct in the pig and is currently developing a pig model of diabetes that can be used to evaluate diabetic-impaired wound healing or diabetic neuropathy.

With researchers continually looking for ways to reduce late-phase failures, utilizing larger animal models during the preclinical stages of efficacy can contribute to more translation to the clinical situation. In the case of wound healing, it has been reported that in 25 wound therapies that were evaluated, the results of the porcine studies agreed with those of human studies 78% of the time versus 53% and 57% for rodent and in vitro studies respectively (Sullivan, TP et al,. Wound Repair Regen 2001;9:66-76).

The 6-hydroxydopamine (6-OHDA) model of Parkinson's Disease (PD) was the first model of PD...

It's Tuesday, which means MD Biosciences is providing coverage of the latest fascinating and...