Why are potential pain therapies getting lost in translation? 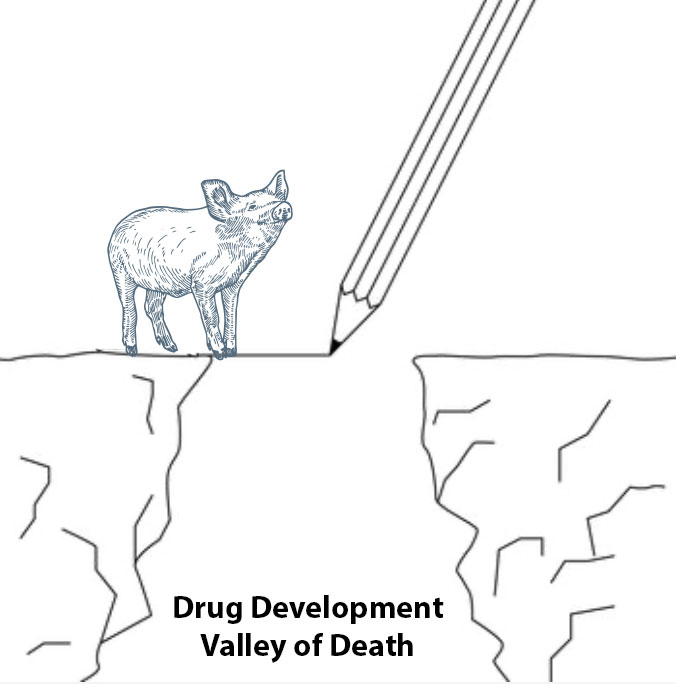 It is estimated that 1.5 billion people worldwide suffer from Chronic pain. While research has seen tremendous advances in our understanding of pain and neurobiology over the last 20 years, there is still a lack of newly approved treatments. There have been many notable failures despite preclinical data supporting the mechanism of compounds with drug-like properties and good safety profiles. So why are these potential therapies getting lost in translation?

While not for one singular reason, the lack of the predictive value of animal models can be partly to blame. Our goal as a development partner and preclinical CRO is to provide our clients with models and studies that bridge the gap between preclinical research and clinical trials.

Much of our research is conducted in rodents, but they simply are not just small, furry people. There are many differences between rodents and humans adding to the challenge of correlating data obtained during drug development to the human situation.

Let’s look at some of the major challenges within pain research specifically and how we can bridge the gap between preclinical and clinical studies.

TRPV1 is a non-specific cationic channel located on neuronal cells which innervate most of our organs. It acts as a multisensory receptor for potential injury signals and detects and integrates nociceptive and thermal stimuli in sensory nerve fibers. TRPV1 is highly involved in initiating inflammation and transmission of pain signals.

When looking at the phylogenic tree of TRPV1, the human is quite far from the rat. But as we can see, is much more closely related to the pig.

Pain is also transmitted by 2 classes of peripheral sensory neurons: A gamma fiber nociceptors and C fiber nociceptors. Electrophysiology of the saphenous nerve shows further differences in that rodents have only 1 subclass of C fibers, whereas the pig and human both have 2 subclasses of C fibers. Furthermore, axonal-induced vasodilation in human and pig skin is mediated by silent nociceptors, but is not in the rodent.

The skin is a highly sensitive organ that is densely innervated with different types of sensory nerve endings. Intraepidermal nerve fiber analysis (IENF) shows a similar nerve density between human and pig whereas the rodent has a much higher density. We have also identified that there is no standard method for analysing IENF in the rodents, whereas the analysis in the pig is done via similar methods as in the clinic. This adds to the difficulty in assessing the changes that are happening in the rodents.

It isn’t hard to understand the difference in skin structure and penetration properties between human and rat. The hair density and epidermis-dermis ratio are much closer between pig and human than that of rodents. Healing in humans, as well as pigs, also occurs by re-epithelialization rather than contraction in the rodent. Additional similarities between pig and human is that there is an 80% predictability in permeability and greater than 93% similarity in biomarkers.

Bridging the gap or the “valley of death”

Success rate from first candidate to market launch is less than 1%. Within CNS/neurological conditions specifically, the overall likelihood of approval once a drug enters Phase 1 clinical trials is less than 12%. So how do we bridge the great “valley of death?”

To start, we can increase the predictability of preclinical data by using models that mimic the human condition more closely. The species of choice is a good starting point. While rodents have a place in early drug development for screening potential candidates, should they be the only species utilized for efficacy studies? We would argue no.

Let’s look at efficacy data for Meloxicam (HTX-009) and Bupivacaine (HTX-002) studied in a flank incision model in the pigs compared to human data.

HTX-011 (a combination of Meloxicam and Bupivacaine) shows a synergistic effect in both pig and human.

Can the pig as a preclinical model help bridge the translation gap? 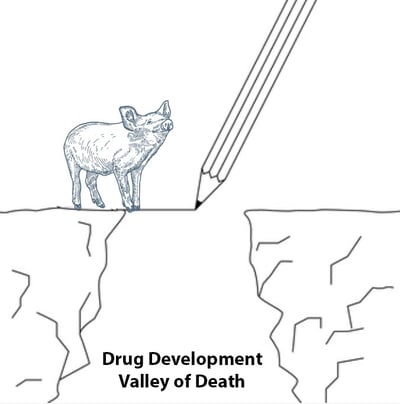 For all the challenges presented during drug development, selecting a species that is very different from the human doesn’t have to be one of them. Where larger, more similar species have developed models, efficacy studies certainly should be evaluated in them prior to going to clinical phases. Afterall, the most expensive failures are the ones that fail beyond preclinical stages. Rodent studies are simply not enough.

To discuss using the pig as a translational model for your development program, contact our scientists.

Historically, rodent models have been used for the discovery of various biological mechanisms...

Common models for preclinical efficacy often use rodents as they are readily available, cost...

Last week, MD Biosciences presented a poster at the Society for Neurosciences 2015 Conference in...