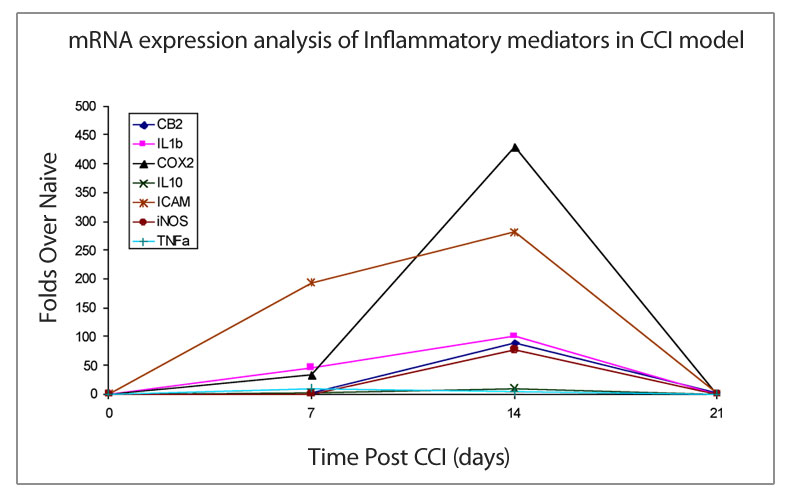 Neuropathic pain is a chronic pain condition caused by lesion or inflammation affecting the nervous system. It is relatively common, can be severely debilitating and clinically significant relief is often difficult to achieve in part because conventional opioid therapy is typically less effective for neuropathic pain. The common symptoms of neuropathic pain include allodynia (pain resulting from normally innocuous stimulus), hyperalgesia (increased sensitivity to painful stimuli) and spontaneous pain. It has been widely known that a number of mechanisms are involved such as ectopic excitability of sensory neurons, altered gene expression of sensory neurons, and sensitization of neurons in the dorsal horn of the spinal cord. However, increasing evidence and research points to the interaction between the immune system and the nervous system playing a crucial role in the the underlying mechanisms of neuropathic pain (1). Following nerve damage, an inflammatory response is initiated: complement system is activated, a variety of inflammatory cells are recruited to the site of nerve injury, dorsal root ganglia (DRG) and to the spinal dorsal horn. Activation of immune-like glial cells   and an upregulation of inflammatory mediators all contribute to neuropathic pain (1-10).

Immune-like glial cells implicated in the pathogenesis of neuropathic pain are mast cells, neutrophils, macrophages and T cells in the peripheral nervous system and microglia and astrocytes in the central nervous system (1).

Inflammatory mediators implicated include cytokines, chemokines, prostaglandins, histamine, opioid peptides etc (1). Of the cytokines, it has been reported that TNFa, IL-1, IL6 and IL-10 are involved in neuropathic pain (4). More recent research also points to a possible involvement of IL-17 and TH17, which is already indicated in numerous inflammatory disorders such as multiple sclerosis, arthritis, and psoriasis (11) and continuing research. Research has demonstrated that T cells in the injured peripheral nerve and dorsal spinal cord contribute to neuropathic pain and T-cell infiltration after nerve injury was associated with IL-17 expression (12). While IL-17 is clearly not the only inflammatory mediator involved, ongoing research suggests cross-communication between IL-17 and other cytokine signaling systems is potentially involved in the pathogenesis of neuropathic pain (12). An understanding of these mechanisms that underly neuropathic pain is crucial to developing more effective therapies. The use of relevant preclinical models of neuropathic pain such as chronic constriction injury and spinal nerve ligation will play a central role in the research and development of new therapies.

α2-adrenergic receptors (α2ARs) are found in many areas in throughout the nervous system, but the...