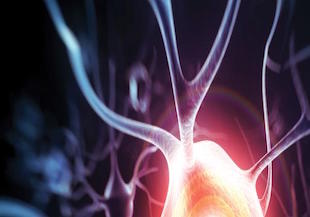 There are several types of drugs that have been developed to decrease the firing rate of nociceptive neurons by blocking cation channels. Among the most commonly known are lidocaine and bupivacaine, typically used as local anesthetics, which form an intracellular block of the voltage gated sodium channels (VGSCs) that are necessary for action potential generation. Without action potential firing, nociceptors are unable to propagate their message, and pain is thereby blocked. The main disadvantage of this class of drugs is that without selectivity for nociceptive sensory neurons, tactile input is also lost, leading to the numbness that accompanies local anesthetic administration.

Sodium channel blockers are most commonly used to treat neuropathic and other types of chronic pain; as such, models of neuropathic pain, particularly peripheral neuropathy models, are an excellent option for testing novel compounds of this drug class. Their analgesic efficacy may be more widespread, however, as they have shown to be useful against inflammatory pain and in some post-operative pain models. Notably, they are also among the few drug types shown to be effective in models of visceral pain.

Voltage gated calcium channels (VGCC) are another pharmacological target for pain relief. Gabapentin and pregabalin fall under the classification of gabapentinoids, which, while structurally similar to the endogenous neurotransmitter GABA, do not function as such. Instead, they bind to the α2-δ subunit of VGCC to reduce calcium influx into nerve terminals and thereby decrease neurotransmitter release. The α2-δ subunit of VGCC is highly expressed in the dorsal horn of the spinal cord, and decreasing the release of glutamate and substance P from nociceptive primary afferent neurons here is likely the main mechanism of action for drugs of this type. However, disinhibition of endogenous descending inhibitory pathways at supraspinal sites may also contribute to their analgesic effects (1). Gabapentinoids are tested primarily in models of neuropathic pain, including both nerve injury and neuropathy models, which reflects their clinical utility.

The development of more selective cation channel blockers as a solution to avoiding the side effects that accompany a general neuronal blockade has been the subject of much investigation recently. Transient receptor potential (TRP) channels are attractive targets, as they are predominantly expressed in nociceptive DRG neurons. Activation of TRP channels, therefore, has little or no effect on normal mechanical sensation, and drugs that target these channels could potentially avoid centrally-mediated side effects as well.

TRPV1 channels, in particular, are widely studied as a potential therapeutic target. TRPV1 is a non-selective cation channel is activated by capsaicin, the active ingredient in chili peppers, as well as heat. The function of TRPV1 is also modulated by a variety of sensitizing agents released after injury, including protons. Inflammation resulting from injury can reduce tissue pH, thereby activating TRPV1, causing an increase in sodium and calcium influx into the cell, and thereby contributing to the sensitization of nociceptors under these conditions (2). TRPV1 can be targeted through either antagonists to block activation directly or with agonists, which work by causing desensitization of the receptor following robust activation.

Given the effects of inflammation on TRPV1 function, it is not surprising that ligands for this receptor have shown efficacy in a variety of inflammatory pain models, including post-surgical and arthritic pain as well as standard inflammatory pain models (2). Similar to other cation channel blockers, they are also effective in models of neuropathic pain, particularly peripheral neuropathy models, and in some models of visceral pain.

Considering the close link between inflammation and the pain process, preclinical efficacy models...

Chronic, destructive inflammation is at the core of a wide variety of diseases and conditions.